This semester, I had the privilege of participating in the first iteration of the Creative Commons Certification Course as part of the librarian cohort. It was an honour to learn from and grow with a cohort of librarians and educators passionate about open from around the world.

Though as a librarian, I was familiar with many of the concepts addressed in this course, from copyright fundamentals through to license conditions, this course taught me more about the spirit of the commons than I had previously known. To me, the most important thing I took away from this course was that each license has a meaningful and important place in the commons. I came into this course with a preconceived notion that the gold-standard for open was a Creative Commons Attribution (CC-BY) license, and that the use of other licenses somehow represented an inferior or lesser commitment to open and to the commons. My belief stemmed largely from my experience working primarily with open in the context of open educational resources and open access journal articles, where the five Rs are imperative, and not all Creative Commons licensed works can qualify as Open Educational Resources.

However, as I learned about the history and origins of Creative Commons, I began to see Creative Commons licenses as more than just tools. And as we progressed through the units that covered the intricacies of each license condition, I became more comfortable identifying scenarios in which someone could contribute their work to the commons in the most open way possible while still using a more restrictive license. For example, a poet could want to preserve the integrity of their poetry by choosing a license with a NoDerivatives condition. A maker could share the plans for their latest Arduino wearable project with a ShareAlike license to create a ripple effect of sharing within the maker community. A company can release a project with a Non-Commercial license to preserve their business model and stay competitive in their market while still sharing.

Each license exists for a purpose. More restrictive licenses are not simply gateway licenses to the Commons, they are the Commons. Opening my mind to the idea that there is not ideal open license choice for all works has fundamentally changed my perspective on Creative Commons. Though I had experienced the joy of participating in the commons through my local community and the global summit, I now know that there are many more reasons people choose to participate in the commons, and in a culture of sharing openly, and I am better equipped to help people leverage the full power of the Creative Commons Licenses and the Creative Commons Community.

Below are some of the projects I completed for this course, openly licensed for reuse.

An infographic about the history and purpose of the Creative Commons. Download PDF

An infographic about the flow money in the scholarly publishing industry. Download PDF

« Rapid Boil, Slow Burn: All About OpenCon Putting our Values into Practice - Reflections on OpenEd18 » 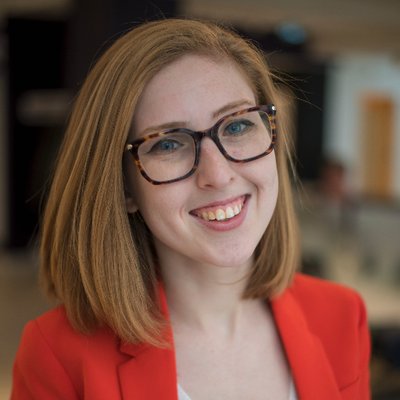